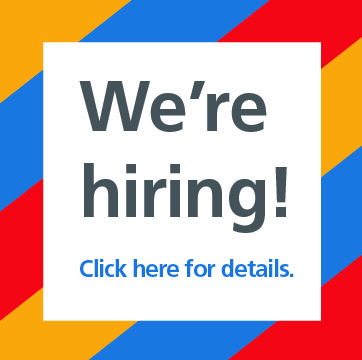 During RBC Sports Day in Canada this past Saturday, CBC aired a video piece featuring CGC’s own Adon Karthika Santh and his amazing story. Take a look, the video clip runs from 6:25 mins-9:10 mins in the broadcast.

Adon’s story was also published in the Parkview News in October. Here it is, in case you missed it:

Adon has been working at the CGC since January 2013. Last spring he decided to try the Adult Swim lessons. “The Aquatic Centre is huge here,” said Adon. “I had wanted to learn to swim for a while now so I decided to sign up for swimming lessons.”

On a trip to India with his wife Nimisha, his family went swimming in the Bhrathappuzha River, the second longest river in Kerala, India. “The depth of the water there is typically only waist level high,” says Adon. “But because we were there during the rainy season, the flow of the water was a lot stronger. I warned everybody not to go to the middle of the river but my youngest cousin Rajeev didn’t listen to me.”

In spite of Adon’s warning, his cousin Rajeev made his way to the middle of the river and began splashing in the water, pretending to drown. Rajeev’s older brother, Nirmal, assured everyone that Rajeev was just fooling around, but within seconds his younger brother had disappeared from view.

Without hesitation, Adon and Nimisha both jumped into the water. Swimming quickly to the middle of the river, Nimisha reached Rajeev first, grabbing him and pulling him safely out of the water.  It wasn’t until Adon’s parents asked if anyone had seen Nirmal that they noticed he was also missing.

“I jumped into the water and saw that he was drowning almost 20 metres away from me,” said Adon. “I tried searching for him in the place I saw him first, but I couldn’t find him. A couple seconds later, I saw his head pop up out of the water five metres away from me. I grabbed a hold of him from behind and made my way back to shore.”

Due to the heavy flow of water, Adon had to use all of his strength to swim back with Nirmal. “Unfortunately, while I was trying to save him, my right shoulder dislocated. But I was just happy that he was okay.”

After returning back to Halifax, Adon hopes to take Adult Swimmer 2 to further improve his swimming and Water Smart skills.