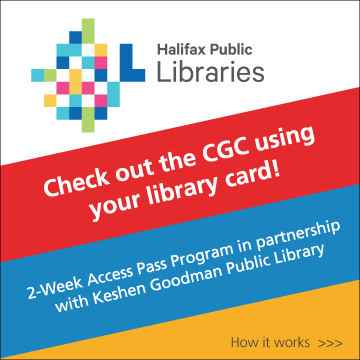 You Make It Happen – Kelly’s story

At four and a half months pregnant with her first child, Kelly Blenus knew something had to change. “I was mentally and physically at the end of my rope in the middle of my pregnancy.” Having already gained more than her goal weight, Kelly was feeling depressed and anxious. She decided to join the Canada Games Centre (CGC) and sign up for personal training. “It was probably the best decision I made…it brought me back to life in many ways.”

“I really didn’t think you could work out during pregnancy,”

Kelly started with a 30 minute session with Personal Trainer and Fitness Coordinator TL Bonnar, who also specializes in pre- and post-natal care. “I really didn’t think you could work out during pregnancy,” says Kelly, but after the first session she was hooked. “I ended up going to the gym basically every day until I had the baby. We were at the gym the day before I went into labour with my son. It was a pretty exciting time.”

After her son Sawyer was born, Kelly continued to work out with TL, on her own and with her husband, but almost always with Sawyer along for the ride. Strollers are encouraged on the Track, and with that in mind TL redesigned Kelly’s circuit training to keep mom and baby together. This meant Kelly could stick to her postpartum exercise plan without sacrificing time with Sawyer. And now that he’s a little older, Sawyer, mom and dad can often be found in the pool post workout. “That’s the biggest thing for me,” remarks Kelly, “knowing that you can include your kids and husband in your activities.”

Though Kelly’s own determination and desire to set a healthy example for her son brought her to the CGC, she credits much of her success and enjoyment to working with TL. “She’s become a part of my life,” admits Kelly, “throughout pregnancy which can be really hard, emotionally, physically, she checked in on so many levels.” TL put the focus on what Kelly, a self-described control freak could control, like her workouts and nutrition. Having this kind of support meant a lot to Kelly.

“They’ve really changed things around for me and the way I look at the gym.”

“My life has changed dramatically since going to the CGC for the first time,” Kelly says. And as she prepares to head back to work full-time, she does so with the confidence that she can continue to build on the healthy habits she’s developed without having to give up on family time. “I wouldn’t be able to juggle motherhood and exercise without Canada Games Centre being so flexible. They’ve really changed things around for me and the way I look at the gym.”